The Mickleham Road project involved the design of approximately 2.2 km of duplication of the existing two-lane road between Barrymore Road and Somerton Road, as well as the total reconstruction of the existing lanes. The design included allowance for the later addition of an extra lane in each direction.

pitt&sherry was responsible for development of the design for Mickleham Road from the concept design stage for a six-lane dual-carriageway road through to the detailed design. The design incorporated water-sensitive urban design features that reduced the concentrations of pollutants entering the receiving outfall. The use of a combination of swales and bioretention met the objectives of Melbourne Water and VicRoads. 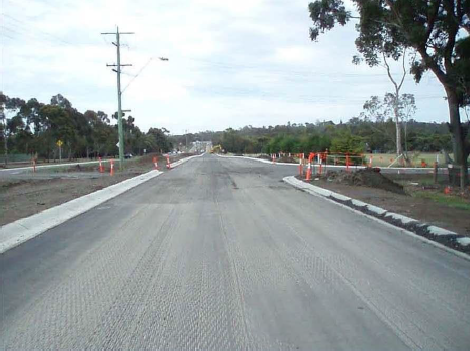 The benefits of this project were planned bus priority works and general road improvements that included:

pitt&sherry is a proud partner of Dark Mofo in 2019